Most people know if you dip a match head in either fingernail polish or candle wax the coating provides a certain degree of waterproofing for the match. This has been well known across the camping, hiking, backpacking, wilderness survival communities for decades. This article sets out to answer a basic question, should you use strike on box or strike anywhere matches? First observation says it should not really matter what type of match you use, but tests showed otherwise.

The fingernail polish for this experiment was Sally Hansen Hard as Nails Hardener. The bottle was picked at random from a local retail outlet store. One of the reasons why this bottle was picked is because the fingernail polish is clear. I wanted to be able to see the type of match – strike on box or strike anywhere – so the polish I bought was clear.

The matches were dipped one time into the polish, excess was allowed to drip off for a few seconds, then the match was rolled and turned up and down. This allowed the fingernail polish to spread along the match stick around the match head evenly.

Striking surface was a box of Diamond strike on box kitchen matches, the same box the matches used in the experiment came from. 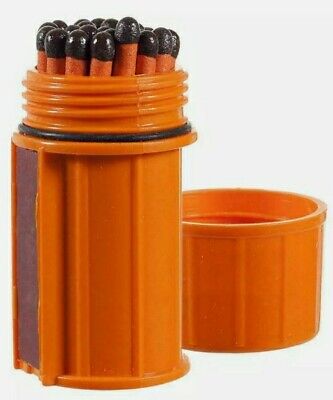 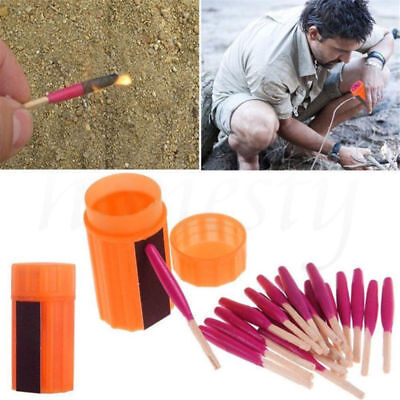 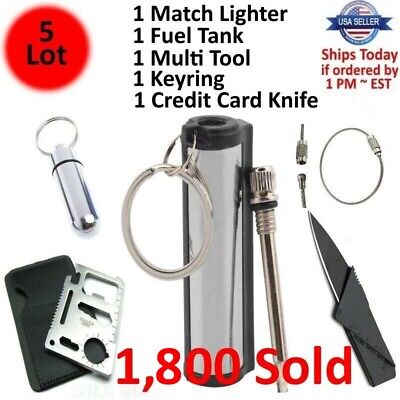 In the mid-1980s my buddies and I made waterproof matches using candle wax. I just so happen to have some of the matches in the hollow handle of a Rambo survival knife. I wonder how those matches would do all these years later? Sounds like an idea for another article.

For the next article I would like to compare candle wax, fingernail polish and a freshly opened box of both strike anywhere and strike on box matches. Rather than using the same box for both types of matches, the plan is to use the striker on the box the matches came our of.

Fire building skills have become a lost art. People have gone from sticks and stones, to matches, and finally to fancy electric lighters that can resist just about any wind.

Several years ago I witnessed a young man hold a match to a piece of oak firewood that was three inches in diameter, and then asked why the wood was not catching on fire. He had no understanding of fire building basics.

When someone is lost in the woods, that is no time to doubt your fire building skills.

1) Alcohol prep pads – These are the things that the nurse uses to clean your skin right before you get a shot. Their good for cleaning wounds and starting fires. The alcohol content allows the vapors to burn before the cloth of the pad to burn, so you might get a couple of minutes of burn time out of 1 pad. Their lightweight, easy to use, easy to light, and multi-purpose items. […]

Let’s put together the perfect, or rather the ultimate fire starter kit.  With so many fire starter kits on the market why should we make one?  Because its a fun way to pass the time.  Surely there are times in the evening when the reader is bored and may want something to pass their time?  So why not break out your camping, hiking, backpacking, survival… gear and tinker around with things?

Some people may toss a lighter or a pill bottle of matches in their backpack and call it a day.  The honest truth is I have done that myself.  There have been times when I threw together a quick and easy fire starter kit, and when I needed to build a fire the kit barely got the job done.  On a camping trip in December 2020 not only did the striker in my fire starter kit fail, but the striker in the lighter also fell apart.  Luckily there was a lighter in the boat survival kit so I was able to get a fire going without a lot of hassle.  Having the primary and the backup fire starting source fail was rather aggravating, so I set out to make a more reliable fire starting kit than just tossing matches in a pill bottle of buying cheap lighters. […]